Mike Ovett runs the well-stocked Pro Shop at Pyecombe Golf Club. The shop offers a wide range of golf equipment and clothing and the discerning golfer can benefit from the 'Try before you buy' and a full custom fit.

The professional staff in the shop have considerable knowledge of the game and specialist advice is readily available on all aspects of golf, from provision of the latest golfing equipment to expert tuition. 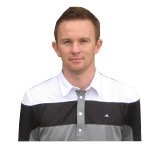 Mike Ovett - Head PGA Professional
Michael played his first round of golf on his 10th birthday at Hollingbury Park Golf Club, scoring 122. He become a junior member at Pyecombe Golf Club aged 11 and went on to win the Junior Club Championship five times and the Men’s Club Championship aged 17. Michael represented Sussex as an amateur and captained the county on several occasions.

Don't miss updates from us.

Thank you for signing up.

One last step - You will receive an email from us in the next few minutes. Please click the link to confirm you are happy to receive our weekly newsletter.